The 10 Best and Worst States for Gun Safety in America

While mass shootings at schools, entertainment venues, churches, and other gathering places regularly make national headlines, they represent only a small slice of America’s growing trend of gun violence. In fact, 54% of mass shootings (four or more victims) relate to domestic or family violence, often occurring in private residences.

While rates of other violent crimes steadily decrease, the number of gun homicides over the last fifteen years have increased, sparking a variety of responses from student walkouts to the President’s calls to arm teachers.

The debate over gun control has been notoriously partisan for decades. Each state has separate laws governing who can purchase and own a handgun—and its own firearm death rate. So which states have the best gun safety, and which fall short? To find out, we dove into the data and developed a list of the ten best and worst states for gun safety. 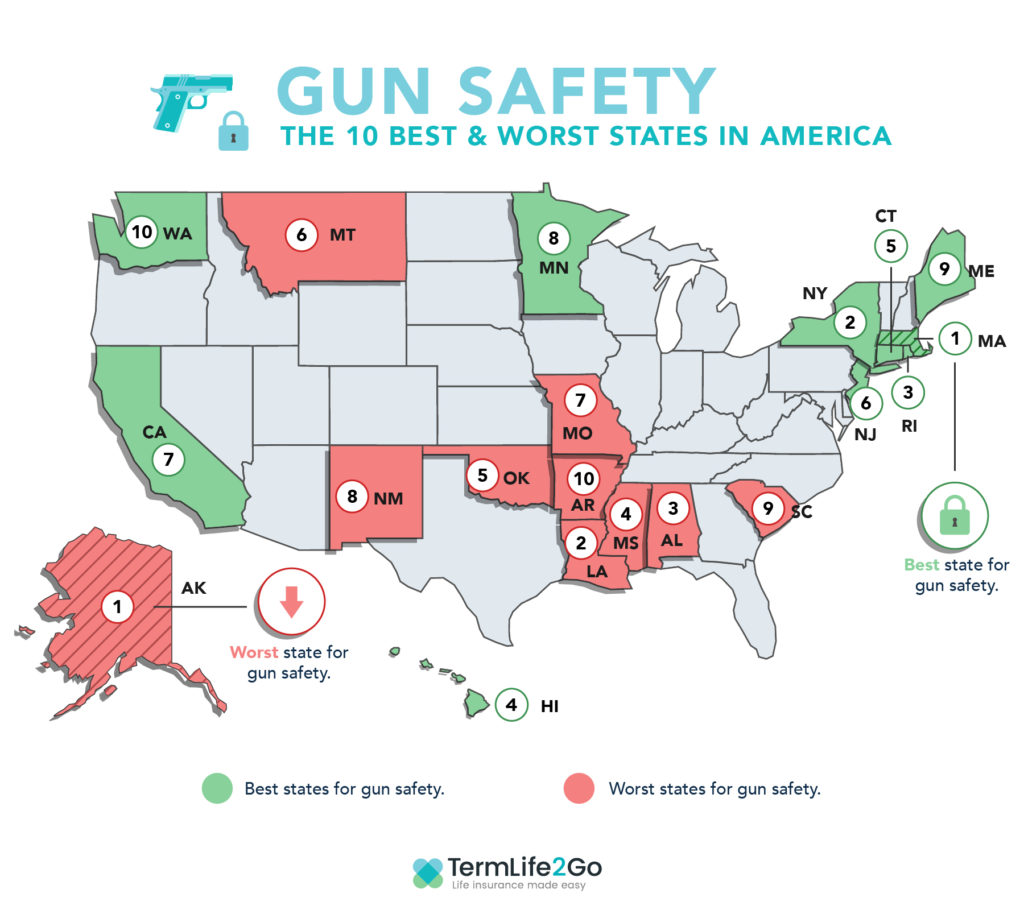 TermLife2Go analyzed the best and worst states for gun safety using five equally weighted ranking factors that include the number of firearm deaths per 100,000 people and four types of gun regulations.

We also factored in whether a state generally prohibits people convicted of felonies or domestic violence, as well as those whose mental illness made them a danger to themselves or others, from possessing a gun. Both experts and much of the public support such measures.

Findings
Breaking It Down

Overall, states with stricter gun regulations had fewer gun-related deaths, making it clear that the right gun control laws can be effective in preventing gun-related violence. Still, no single kind of law seems to be a silver bullet for lower gun violence, so it’s likely that stemming the tide of gun violence will require multiple solutions, perhaps ones yet to be created.

Another point worth considering? While the majority (63%) of gun owners cite protection as a reason for owning a gun, only an estimated 1,979 shootings in America involved self-defense in 2017. That’s just 0 .006 per 100,000 people. 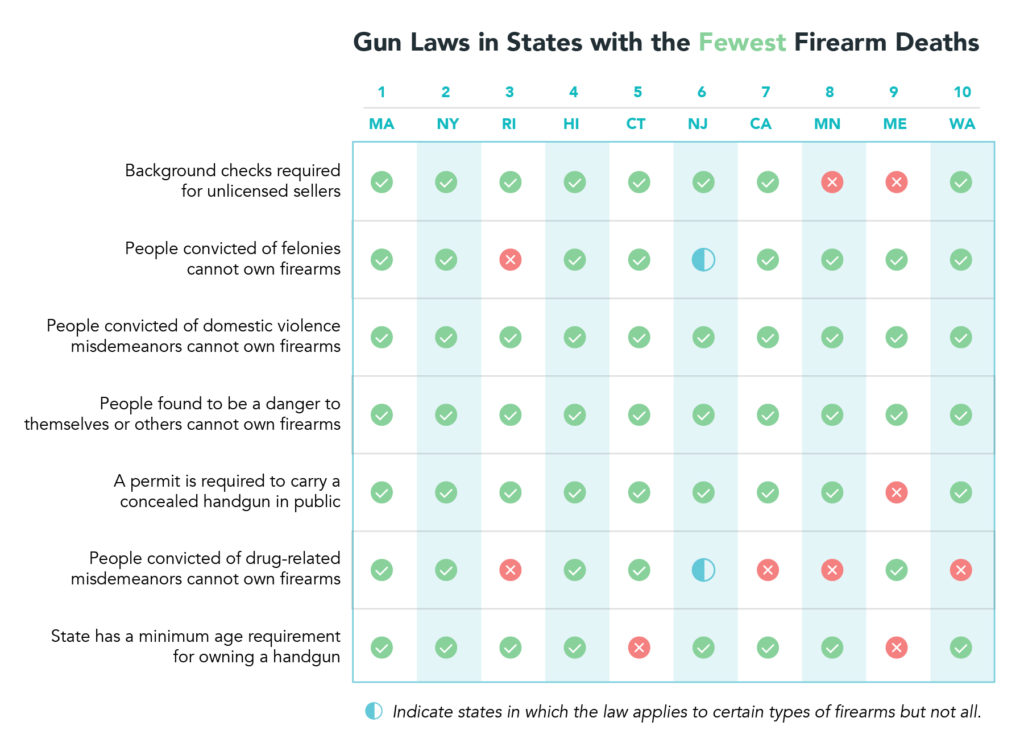 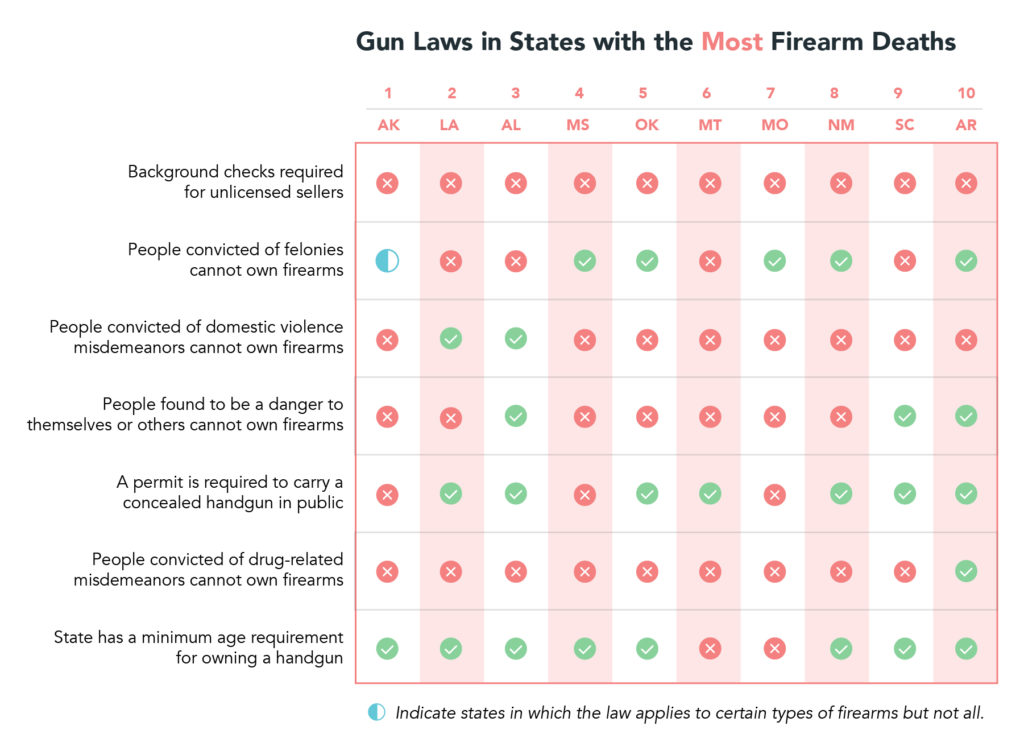 How does your state rank?
The Importance of Gun Safety

Could your state be more gun-safe? Absolutely. Even the top ten states have room for improvement. While our top states all came in at nine or fewer gun deaths per 100,000 people, a single shooting is one too many for the victims of those crimes. Learn more about the gun laws in your state at www.everytownresearch.org.