Nearly half of all Americans have a close friend or family member who has struggled with drug addiction. Do you?

Drug addiction may involve illegal use of prescribed drugs or illicit substances such as opioids, but studies show punishing illegal drug use with jail time is less effective than detox or rehab for beating addiction. Resources, laws, and drug overdose death rates vary widely from state to state, so where people with drug addiction live can impact their long-term success.

To help you or a loved one find help, we’ve ranked each state by how supportive they are for drug addiction recovery. 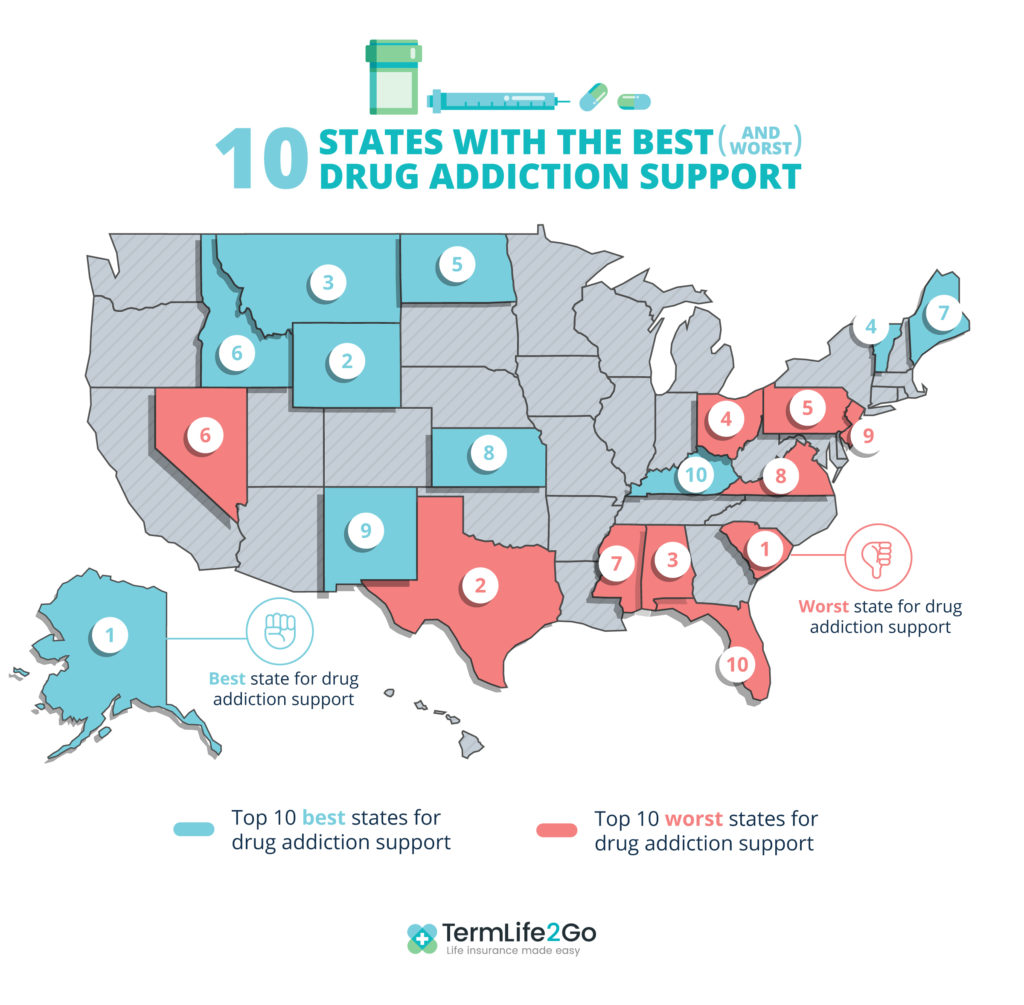 Methodology
TermLife2Go analyzed the best and worst states for recovering from drug addiction. We factored in the number of addiction rehab and detox facilities per 1,000 people and whether a state’s sentencing for drug possession offenses was harsher or more lenient than the national average. The final factor was the rate of overdose deaths, which could indicate how well a state supports recovery.

Breaking It Down
Most states with harsher sentencing laws for drug possession, combined with fewer rehab and detox facilities, have higher drug overdose death rates. Still, none of these factors taken individually predict how many people die of an overdose, nor do these correlations prove any factor causes another. It appears the path to alleviating drug abuse and addiction isn’t a simple formula.

How Does Your State Rank?

Before You Go…
Now that you know how your state ranks, visit the Substance Abuse and Mental Health Services Administration (SAMHSA) website to find available resources near you. No matter where you live, drug addiction recovery for you or a loved one is a lifelong journey that no one should travel alone.

Did any of our rankings surprise you? Let us know in the comments.

This site is a U.S. Consumer site. You can learn more about our site and privacy policy here.